The Seidel radial engines are since more than 30 years mounted on RC airplane models and are considered as reference from many mechanic lovers. Over the year hundreds even thousands engines have been produced and some still fly. Here a few examples of the milestones in Seidel Sternmotoren company, as the first 5 cylinder with 40cc build in 1986. 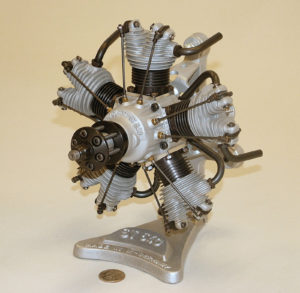 Also some special executions were developed and manufactured like this 14 cylinder Methanol engine, 364cc from year 1998-99. 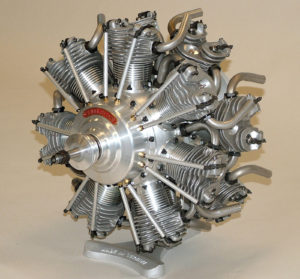 The market has changed on the airfields during the last 15 years and new development were required to get the engines running on Petrol. This is the first 5 cylinder 125cc petrol engine with specially developed ignition. Year 2000 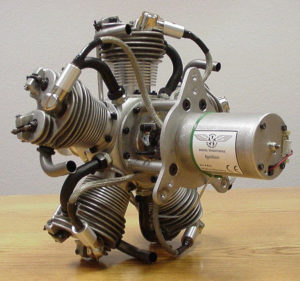 Since 2008 many changes happen. The relocation of production to India is to call, which turned out to be a failure in hindsight. However, other adjustments to the company do not achieve the desired result, which we had hoped for.

Year 2012 has been decisive as the company Seidel Sternmotoren started to develop a fully new engine to return to the traditional and restore radial engines “Made in Germany”.

This engine ist he result of numerous years experience and manufacturing from Mr.Seidel. During spring 2013 the ST5-100B has been presented and get quickly a great feedback due to it’s performances and small size. 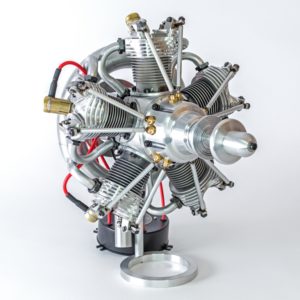 Due to new changes internally, the company decided to stop early 2016 the manufacturing and sales from Germany.

Today we are pleased to continue the magnificent story of Seidel Radial Engines and start with a new management and new manufacturing from Switzerland. Since spring 2016 the company Seidel Engines has taken over the stock and set up a fully new structure. The ST5-100 has been revisited on minor issues in order to match the highest quality expectation.

Courtesy of Paul and Paula Knapp